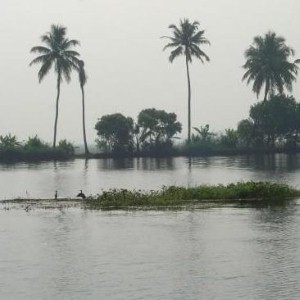 Floods can occur both indoors and outdoors and pose a number of health risks. Overworked sanitation systems can reduce an area's water purification capabilities, mold and mildew can increase exponentially, dangerous chemicals are easily spread when flood waters rise, and wild animals often become displaced by flooding. Many workers end up in close contact with rising water, so employers should be sure to teach their workers about the basics of working in and around flood water.

OSHA cautions that the most significant health risks posed by flooding have to do with bacterial infections and diseases that thrive in murky standing water. In particular, e. coli and salmonella are commonly found in flooded areas. Workers should monitor themselves and others for symptoms of these diseases, which include nausea, vomiting, diarrhea, muscle aches, and fever. Employees suffering from an infection should seek medical attention and warn employers and coworkers.

Mosquitoes are found in swamps, marshes, and other areas full of standing water. These insects are attracted to flooded areas and will infest these areas in large numbers. Mosquitoes can spread encephalitis and West Nile virus, so workers in flooded areas should wear bug repellent and keep their arms and legs covered at all times.

Above all, workers who spend time in flood regions, or have to help to repair flooded areas, should wash their hands often. This should be done with clean water and soap. If water systems are not functional, bottled water is acceptable. Water that has been boiled for 10 minutes will also work, as will chemically disinfected water. This can be done by adding five drops of household bleach for every gallon of water and letting it stand for 30 minutes afterwards. Never drink this water or use it to brush teeth or clean eating utensils.

Animals that usually live in the wilderness, such as raccoons, possums, or badgers may be driven out of their burrows by heavy rain and flooding. Be careful exploring basements, garages, warehouses, and other structures that have been hit by heavy flooding. They may have become temporary homes for these animals, which could be hurt, sick, or may simply become frightened and attack.