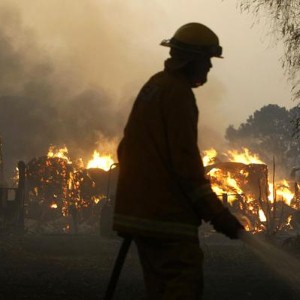 A new report issued by the National Fire Protection Association (NFPA) stated that public fire departments around the country responded to 1,331,500 fires in 2010, marking a slight decrease from the year before and the lowest number in decades.

The report, titled "Fire Loss in the United States During 2010," found that fires were the cause of an estimated 3,120 civilian deaths, 17,720 injuries related to fires, and more than $11.5 billion in property damage.

"We have made tremendous progress in reducing the fire problem in the United States since we began looking at these numbers in the late 70s," said Lorraine Carli, vice president of communications for NFPA. "But this report shows us that more must be done to bring the numbers down even further."

The annual survey is conducted to estimate the overall severity of the fire problem in the U.S. It is broken down by general occupancy, region, and size of community.

As firefighters battle blazes in the U.S., safety equipment such as fire extinguishers and smoke detectors can help protect them from injuries.