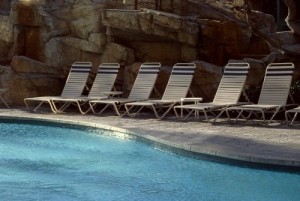 The Centers for Disease Control and Prevention (CDC) has released two reports that detail outbreaks of waterborne diseases associated with recreational swimming and drinking water.

The reports, titled "Surveillance for Waterborne Disease Outbreaks and Other Health Events Associated with Recreational Water—United States, 2007-2008” and "Surveillance for Waterborne Disease Outbreaks Associated with Drinking Water—United States, 2007-2008," give facts and information on preventing and treating these illnesses.

The data states that from January 2007 to December 2008, the most recent period for which data on the subject has been collected, 134 outbreaks were associated with recreational water, while 36 were linked to drinking water.

Many strategies are highlighted to keep waterborne diseases to a minimum, including good swimmer hygiene. The report states that swimmers should thoroughly wash with soap before entering swimming pools, and there should be an appropriate number of clean, functioning, and well-stocked bathroom facilities near swimming pools, interactive fountains, spas, or wading pools.

The 2007-2008 outbreaks associated with drinking water led to 4,128 illnesses and three deaths, with more than 50 percent of the reports associated with untreated or inadequately treated ground water.

In the event of an outbreak, cleaning up contaminated areas while using the proper safety products, including footwear, clothing, safety glasses, respirators, and work gloves may help to contain the spread of the disease.