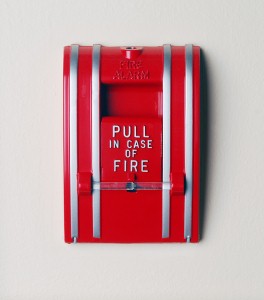 On October 13, 2011, the Fire Department of New York (FDNY) recognized members from its Bureau of Fire Prevention for their efforts in keeping New York residents safe from fire.

"The work you do is meticulous," Fire Commissioner Salvatore Cassano told members during the ceremony at FDNY Headquarters. "It involves long hours and lots of hard work, but it saves lives."

In all, 19 members were honored as Inspectors of the Year, while one worker was recognized for Clerical Support. At the ceremony, the 34 new members who joined the bureau in the last year were also recognized for their roles in such an important agency.

"Each year Fire Prevention shows they are a stronger, better team than ever before," Chief of Department Edward Kilduff said. "Your expertise is something that's never questioned."

The bureau helps ensure the city's safety by providing resources and information on safety equipment, such as fire extinguishers and smoke detectors, that can help save lives. According to the bureau, fire safety plans should be adopted by workplaces, hotels/motels and other places of assembly, and sprinkler system tests should be performed regularly.