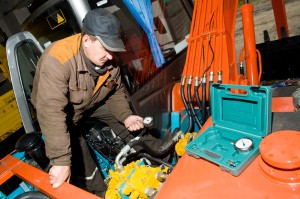 The team of scientists analyzed twins in which one had developed the disease, isolating the exposure to six chemicals found in such workplaces that have been linked to Parkinson's. Researchers found that two of these chemicals, trichloroethylene (TCE) and perchloroethylene (PERC), are especially hazardous.

The research also took into account workplace head injuries, which are suspected to increase the risk of the disease.

The study concluded that the highest exposure was found in the industrial machinery repair and industrial worker categories.

In response to industrial chemical exposure, the Occupational Safety and Health Administration (OSHA) sets enforceable permissible exposure limits (PELs) to keep workers safe from over-exposure to hazardous chemicals. The standards include proper ventilation and the use of personal protection equipment, including respiratory protection, protective clothing, gloves, eye and face protection, and other safety products.