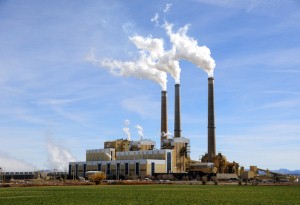 The Environmental Protection Agency (EPA) has issued the Mercury and Air Toxics Standards, which are the first aimed to protect Americans from the emissions of mercury and other toxic air pollutants. The new standards will rely on proven pollution controls that are widely available to reduce emissions. More than half of the coal-fired power plants in the nation are already using these pollution controls.

The EPA estimates that the new standards will prevent up to 11,000 premature deaths and 4,700 heart attacks each year. They are also expected to help children grow up healthier, possibly preventing 130,000 cases of childhood asthma and about 6,300 fewer cases of acute bronchitis each year. The total economic and health benefits of their implementation are estimated at $90 billion dollars annually.

"With these standards that were two decades in the making, EPA is rounding out a year of incredible progress on clean air in America with another action that will benefit the American people for years to come," said EPA Administrator Lisa P. Jackson.

The EPA also estimates that manufacturing, engineering, installing, and maintaining the pollution controls to meet these standards will provide employment for thousands. Potential employment includes up to 46,000 short-term construction jobs and 8,000 long-term utility jobs.