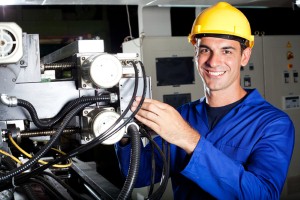 On February 7, 2012, the Bureau of Labor Statistics (BLS) announced there were 3.4 million job openings across the country in December, up from 3.1 million the previous month.

The numbers mark a continued upward trend since the U.S. began its slow climb out of the recession in June 2009. Although the number of job openings in December was still below the 4.4 million openings that were reported before the recession took hold in 2007, it has increased 39 percent since June 2009.

As more jobs become available in industries such as construction and manufacturing, more workers will be regularly exposed to large equipment, loud machines, and other safety hazards. Equip new hires with safety products, such as work gloves, ear plugs, and safety glasses, when working near occupational hazards.