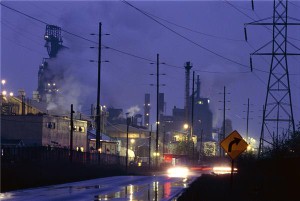 Manufacturers in New York expanded in February at the quickest speed since June 2010, indicating the industry is putting more Americans to work in factories, and manufacturing is continuing to lead the recovery.

The Empire State Manufacturing Survey showed manufacturing in New York State rose for the third consecutive month, rising six points to 19.5, the highest level in more than a year. Other readings from the index show continued expansion in shipments and employment growth, and generally more plans for capital spending.

As more Americans find work in factories, employers will need to ensure they are following the Occupational Safety and Health Administration's (OSHA's) regulations on the use of appropriate safety products , including hard hats, safety glasses, and work gloves.