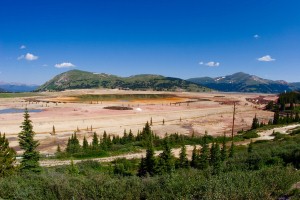 On February 13, 2012, the Obama Administration released a proposed budget of $8.344 billion for the U.S. Environmental Protection Agency (EPA), which will be used to continue to ensure environmental and human health protections.

"This budget is focused on fulfilling EPA’s core mission to protect health and the environment for millions of American families," said EPA Administrator Lisa P. Jackson. "It demonstrates fiscal responsibility, while still supporting clean air, healthy waters, and innovative safeguards that are essential to an America built to last."

The proposal includes $755 million in funding for the Superfund Cleanup initiative, which was developed to support cleanup efforts at hazardous waste sites that address emergencies at some of the nation's most highly prioritized cleanup sites.

The budget also provides $576 million to continue research and innovation in areas such as hydraulic fracturing, potential endocrine disruptors, and green infrastructure.

Hazardous waste cleanup can potentially put response workers in danger. The Occupational Safety and Health Administration (OSHA) has several standards regarding the issue, which require all workers wear safety products that can include respiratory protection, safety glasses, and protective clothing.