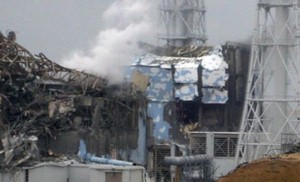 A new study, released by the U.S. Geological Survey (USGS), found that fallout from the 2011 Fukushima Dai-ichi nuclear plant in Japan resulted in trace amounts in precipitation in the U.S. in about 20 percent of 167 sites analyzed.

The survey was conducted as part of the National Atmospheric Deposition Program (NADP), and found levels were similar to those taken by the Environmental Protection Agency (EPA) in the days and weeks after the incident. Many sites studied were far from urban areas, giving a better representation of the American landscape as a whole.

"Japan's unfortunate nuclear nightmare provides a rare opportunity for U.S. scientists to test an infrequently needed national capability for detecting and monitoring nuclear fallout over a wide network," explained USGS director Marcia McNutt. "Had this been a national incident, NADP would have revealed the spatial and temporal patterns of radioactive contamination in order to help protect people and the environment."

According to the Occupational Safety and Health Administration (OSHA), radiation exposure can pose considerable health risks to workers. Prevent the risk of radiation exposure by using the appropriate safety products, such as turn-out gear, self-contained breathing apparatuses, and other personal protective equipment.