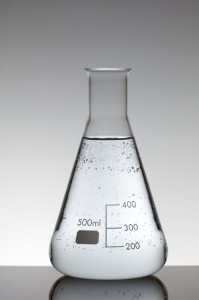 On February 24, 2012, the Centers for Disease Control and Prevention (CDC) released a warning, stating that occupational exposure in the refinishing industry to products containing methylene chloride can be fatal.

The alert was issued based on an investigation into the death of a bathtub refinisher, conducted by the Michigan Fatality Assessment and Control Evaluation program. The program found two earlier, similar fatalities and notified the National Institute for Occupational Safety and Health (NIOSH), which in turn notified the Occupational Safety and Health Administration (OSHA). OSHA identified 10 additional deaths throughout nine states and noted 10 different products have been associated with the deaths of 13 bathtub refinishers. The products included paint and varnish removers, finish strippers, and aircraft and marine paint removers.

"Each death occurred in a residential bathroom with inadequate ventilation. Protective equipment, including a respirator, either was not used or was inadequate to protect against methylene chloride vapor, which has been recognized as potentially fatal to furniture strippers and factory workers but has not been reported previously as a cause of death among bathtub refinishers," the CDC warning read.

The alert concluded that employers "should strongly consider" alternative methods of bathtub refinishing, and always ensure worker safety protections to reduce the risk of health hazards.

According to OSHA, methylene chloride poses serious risks, and workers must wear appropriate safety products when working near the chemical. Respiratory protection, protective clothing, and equipment can help keep workers operating near the chemical safe.