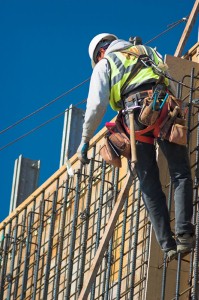 The Occupational Safety and Health Administration (OSHA) is seeking comments on the best ways to prevent injuries and fatalities during concrete reinforcement activities within the construction industry.

The agency is also requesting comments concerning how to keep vehicles from backing into workers in construction, agriculture, maritime, and general industries. OSHA says it will use the comments it receives to learn more about the ways in which workers are injured in these settings.

In the concrete industry, workers must use reinforcing methods to keep the integrity of the concrete in tact. These workers are confronted by several life-threatening hazards during these activities, including impalement, collapsed walls, and slips, trips, and falls. In the period from 2000 to 2009, OSHA statistics show more than 30 people were killed during concrete reinforcement.

Employers have also noted workers face fatal injuries when struck by vehicles backing up, and have also been crushed after being pinned between objects and machinery. Between 2005 and 2010, about 360 workers were killed in backover incidents.