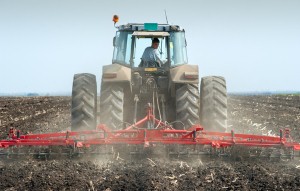 A recent study published in Public Health Reports found that 88 workers under the age of 20 died from work-related injuries in 2010, while another 20,000 suffered an occupational injury or illness that led to time away from work.

The study found that much of the time, the injuries and deaths were due to poorly regulated work environments. The report was released by the Colorado School of Public Health.

"We don’t tend to think of child labor as a major issue in the U.S., but we should," said lead study author Dr. Carol Runyan. "Laws governing the employment of youth ages 14 to 17 in this country are often very lenient and in the case of family farms virtually non-existent."

Runyan says the results show stricter oversight of working conditions is needed for young employees, including those in the agriculture sector.

According to the Occupational Safety and Health Administration (OSHA), young workers may be at a higher risk for injury because of their inexperience at work and their physical, cognitive, emotional, and developmental characteristics. Provide employees, regardless of age, with OSHA-mandated safety products, including hard hats, safety glasses, and work gloves.