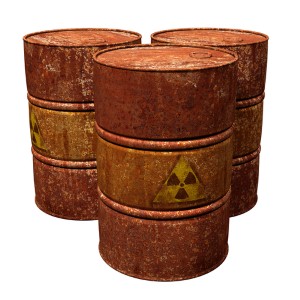 The U.S. Department of Energy (DOE) announced in early May, 2012, that it had finished cleanup of the Cold War legacy transuranic (TRU) waste at Sandia National Laboratories in Albuquerque, New Mexico. The last four shipments of remote-handled (RH) TRU waste from the site was delivered to the Waste Isolation Pilot Plant (WIPP) outside Carlsbad for permanent disposal.

The project, which was a part of the American Recovery and Reinvestment Act (ARRA), was a milestone for the DOE Carlsbad Field Office (CBFO). Under the ARRA, the process was expedited to support the DOE's goal to remove and dispose of 90 percent of the Hazard Class 7 Radioactive waste by 2015, four years after the project began in 2011.

"An important component of the Department’s ARRA investment was to focus on waste removal from small quantity sites at locations around the country where a comparatively small amount of legacy TRU waste was present," said senior advisor for environmental management David Huizenga. "With this last shipment of RH TRU waste from Sandia, we’ve now achieved goals to remove legacy TRU waste from eight small quantity sites with ARRA funds."