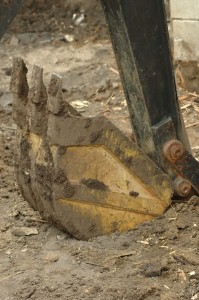 The Department of Energy's (DOE's) Office of Emergency Management (EM) in Oak Ridge, Tennessee, recently removed one of the region's largest sources of groundwater contamination.

EM successfully completedthe Tank W-1A project at the Oak Ridge National Laboratory, which removed a waste storage tank that, when operational, had slowly leaked its contents into the groundwater. The project was a top priority for EM, as it involved major characterization, removal of contaminated soil, and excavation of the 4,000 gallon tank.

"The completion of the Tank W-1A project is a significant sign to regulators about the importance and  attention we are placing on soil and groundwater contamination removal," said Sue Cange, acting assistant manager for EM. "These measures also encourage future investment and expansion at one of our nation’s most important research centers."

The final, $19.5 million-phase began in September 2011, and by January, workers had completely excavated the 6,500-pound tank that was resting 10 feet underground, removed contaminated soil from around the tank, and sent the soil and other materials away for disposal.