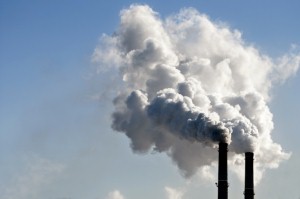 The U.S. Environmental Protection Agency is currently reviewing the technical aspects of the pollution caps for new power plants under the Mercury and Air Toxics Standards.

The review is a common process for major standards, and will not change the sensible, achievable, and cost-effective standards that have already been set for current power plants, but will protect people around the U.S. from air pollution at new plants.

"By moving quickly to review the new information, this action will provide greater certainty for five planned future facilities, in Georgia, Kansas, Texas, and Utah, that would be covered by the standards," the EPA stated in a release. "This review will not change the expected costs or public health benefits of the rule."

The Mercury and Air Toxics Standards are the first national standards that have been developed to protect people from harmful power plant emissions including mercury, arsenic, acid gas, nickel, selenium, and cyanide. The standards will ensure that existing power plants install widely available pollution control equipment, preventing thousands of heart attacks and premature deaths, and will help prevent thousands of cases of childhood asthma and bronchitis.

In addition to potential exposure through air, water, and food, the Occupational Safety and Health Administration (OSHA) advises that workers in industries such as mining, refining, smelting, electroplating, acid dipping, etching, manufacturing of pesticides, and more, are in danger of exposure to these toxins. Protect workers by providing appropriate safety products, such as respiratory protection and face masks.