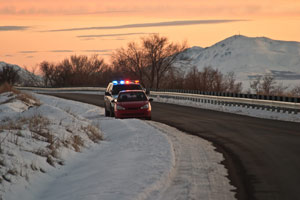 The U.S. Department of Transportation (DOT) recently announced that it has worked with its National Highway Traffic Safety Administration (NHTSA), various local law enforcement agencies, Mothers Against Drunk Driving (MADD), and the Governors Highway Safety Association to begin a push to bring drunk driving numbers down during the holidays, creating a safer environment on the road.

The NHTSA recently released its 2011 drunk driving data, showing that drunk driving fatalities dropped in 27 states. Texas had the largest drop with 57 fewer deaths, while New York, South Carolina, and Tennessee followed close behind. The data also showed 9,878 people died as a result of drunk driving accidents in 2011, 395 of which occurred in the second half of December.

"The holiday season can be an especially dangerous time on our nation’s roadways due to drunk drivers – that’s why law enforcement officers will be out in full force," said Secretary LaHood.  "Our message is simple: drive sober or get pulled over."

Drunk drivers pose a risk for highway workers as well as motorists. According to the Occupational Safety and Health Administration (OSHA), highway workers are exposed to many hazards, including struck-by incidents. Provide workers with all appropriate safety products, including hard hats, and high-visibility safety vests.