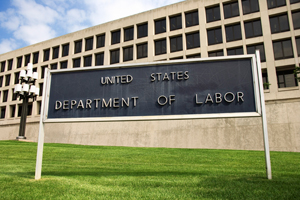 Hilda L. Solis, U.S. Secretary of Labor, resigned on January 9, 2013 after four years of leading the Department of Labor (DOL). “I have decided to begin a new future, and return to the people and places I love and that have inspired and shaped my life,” Solis explained.

Solis remarked that she is pleased by the improvements to workplace safety accomplished by the agency during her tenure. “I am particularly proud to say that, as a result of our enforcement efforts, we have saved workers' lives,” said Solis. “Calendar year 2011 saw the fewest-ever mine fatalities. Fatalities in general industry and construction are at historic lows.”

In April 2012, Solis announced a new campaign to prevent falls in construction, the industry’s leading cause of death. Its goal was to educate the construction industry and promote the use of proper fall protection equipment and practices.

"Leaving the department is one of the most difficult decisions I have ever made, because I have taken our mission to heart," she wrote in a letter to DOL employees. "It has been an incredible honor to serve."