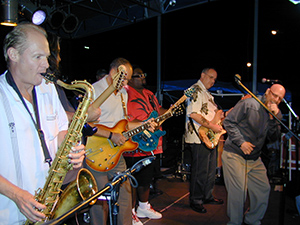 Northern Safety is proud to have been a presenting sponsor of the Mohawk Valley Blues Fest on Saturday, June 29, 2013 at the Herkimer County Fairgrounds.

“It was a great event for the community, and a form of entertainment in the area that we haven’t see before,” says Neil Sexton, Northern Safety’s President, Chief Operating Officer, and member of the Mohawk Valley Blues Society. “We were excited to sponsor such high quality entertainment, and introduce people to a music genre they may have never heard before,” Mr. Sexton continued.

Before joining Northern Safety’s team, Mr. Sexton founded the Trinidaddio Blues Festival in Trinidad, Colorado. The festival had humble beginnings and as it progressed through its 14-year history, it became a nationally known festival. Mr. Sexton hopes the Mohawk Valley Blues Fest has the same success.