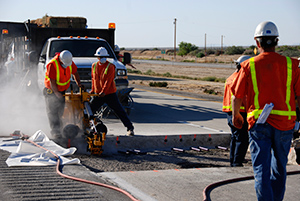 On August 23, 2013, the Occupational Safety and Health Administration (OSHA) proposed a new rule that would increase limits on worker exposure to crystalline silica, which can cause lung cancer, kidney disease, silicosis, and chronic obstructive pulmonary disease. Once the final proposal is published, the public will have 90 days to comment in writing.

"Exposure to silica can be deadly, and limiting that exposure is essential," explained Dr. David Michaels, assistant secretary of labor for occupational safety and health. "Every year, exposed workers not only lose their ability to work, but also to breathe. We're looking forward to public comment on the proposal."

Current permissible exposure limits (PELs) were created 40 years ago. The new rule was developed based on recent scientific evidence and includes two separate sets of standards, one for construction sites and one for general and maritime industries.

OSHA’s proposal consists of a new PEL, tactics for limiting exposure, medical monitoring techniques, worker education strategies, and recordkeeping practices. OSHA estimates the rule could save close to 700 lives per year. It is also expected to prevent 1,600 annual cases of silicosis.

Every year, thousands of workers become seriously ill as a result of exposure to crystalline silica. Protect exposed workers by teaching them about the risks and providing appropriate respiratory protection.