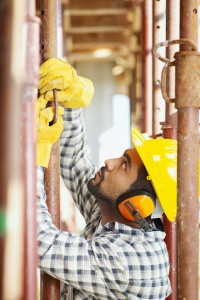 A new report indicates that workplace safety continues to improve in the state of Oregon.

The study, which was released by the Department of Business and Consumer Services, reveals that Oregon's private sector workers experienced work-related injuries and illnesses at a rate of 4.4 for every 100 full-time employees in 2009. This is the lowest figure ever recorded in the Beaver State, and a significant improvement from the 1999 rate - seven injured or ill workers for every 100 employees.

In 2009, the highest incidence rate was recorded by the transportation and warehousing industries, while the finance and insurance industries were the lowest. Approximately 53 percent of the 48,304 cases recorded in 2009 resulted in lost work time, including days away from work, restricted activity or transfers.

The trend suggests that employers are putting more emphasis on installing the newest safety equipment. To avoid state or federal fines, many companies are requiring their workers to use safety products, such as hard hats, work gloves and ear plugs.

Although Oregon's workplace safety initiative is seeing progress, the Beaver State still falls behind the national average. Based on the North American Industry Classification System, 3.6 out of every 100 private sector employees in the U.S. suffer a work-related illness or injury.