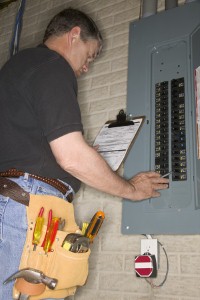 An alert has been issued by the Occupational Safety and Health Administration (OSHA), based on a similar notice recently issued by the Mine Safety and Health Administration (MSHA), warning employers and workers of the risks associated with using certain Eaton/Cutler-Hammer molded-case circuit breakers that were improperly rebuilt by a third party.

The circuit breakers may appear to be new or properly rebuilt, but a third-party rebuilder changed them from the original Eaton/Cutler-Hammer design. These breakers may be identified by model numbers E2K and E2KM. The breakers may have an actual rating of 600 volts AC (VAC) or less, but are labeled as 1,000 VAC and may contain incorrect parts that can cause the breaker to malfunction. The number of breakers incorrectly rebuilt and the locations where they have been integrated are not known at this time.

The alert warns that improper handling of these incorrectly rebuilt circuit breakers could lead to arc flash, electrocution, fire, shock, burns, and explosions. There have been reports that they may lack proper safety features such as grounding and fault protection, which has led to malfunctions and put workers at risk.

OSHA recognizes these circuit breakers are intended for use in mining operations and that employers performing tunneling operations may use the same breakers. OSHA suggests that a qualified person should remove any known, possibly defective breaker from service and report any malfunctions to the agency, so further information can be attained in the matter.

The hazards presented by the incorrectly rebuilt circuit breakers can be made less severe if the proper steps are taken and the appropriate protective equipment is worn. Safety glasses, work gloves, and other safety supplies may greatly reduce the risk of injury associated with the malfunction of the breakers.