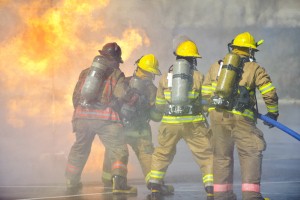 On September 27, 2011, the National Fire Protection Association (NFPA) announced it had released the NFPA 56(PS), Standard for Fire and Explosion Prevention During Cleaning and Purging of Flammable Gas Piping Systems, 2012 Edition.

The new standards prohibit the use of flammable gas as a means for cleaning the interior of piping systems.

"This is an example of the critical role NFPA plays in providing codes and standards," said NFPA President James M. Shannon. "Our ability to bring together the right people at the right time and to facilitate a consensus process in very short order resulted in a standard that will save lives."

In addition to the discontinuation of flammable gas used as a cleaning agent and examples of procedures for purging gas pipes based on the new requirements, the standard also includes details on cleaning new or repaired pipes, putting new pipes into service, and removing existing piping.

The new standard also requires that written safety procedures be developed, which must be validated by safety experts before they can be put into use.

In the event of a fire or explosion, companies should have proper safety equipment on hand, including fire extinguishers, smoke detectors, and escape ladders. Always be prepared by educating all employees about fire escape procedures and evacuation routes