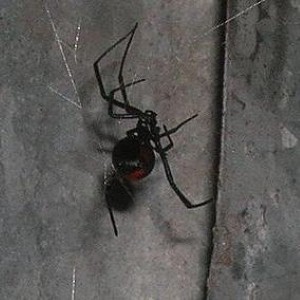 While the United States may not have nearly as many native poisonous creatures as other parts of the world, insect venom is still a very real threat in certain settings. According to the Centers for Disease Control (CDC), there are at least three types of spider bites that can cause sores, irritation, pain, and in limited cases, even death in the U.S. Educate workers on the following CDC-recommended tips and provide them with the proper safety supplies so that they are prepared for the possibility of spider bites.

Venomous species
According to the U.S Army Corps of Engineers, only about 60 of the 20,000 species of spiders in the Western Hemisphere are even physically capable of biting humans. Of those, only four produce poisonous venom. The following three are the only known spiders that have been associated with serious injury or illness.

The black widow spider is the most common type of venomous spider found in the United States. They are concentrated mostly in the southern and western regions of the country and can be identified by a red pattern on their undersides. Black widows can be found in woodpiles, under eaves, in fences, and in piles of debris. They are also known to gather around outdoor toilets where there are many flies.

As a web-spinning species, they often bite workers who have disturbed the strands that they have spun. Their bites are unique among spiders and insects in that they produce two tell-tale marks. Black widow venom is a neurotoxin that causes pain that begins at the bite area and can spread to the chest, abdomen, and then the entire body.

Brown recluse or violin spiders are mostly found in the Midwest and South and can be identified by a dark violin-shaped mark on their heads. These spiders are often encountered underneath logs, on rocks, or in leaf piles. They will occasionally make their way indoors and are found in attics, basements, and other dark areas.

Brown recluse spiders require close contact and counter pressure to pierce the skin of humans, meaning that they will have to be trapped against the skin to puncture and release venom. Their bites begin with a white blister and if not treated can cause a severe lesion by destroying skin tissue.

Hobo spiders are almost entirely located in the Pacific Northwest. They are brown and have a distinctive yellow pattern on their abdomens. Instead of spinning a traditional web, these arachnids create funnel webs in holes, cracks, and recesses that they use to trap their prey. Workers should be especially wary of them near retaining walls, foundations, the cracks around window frames, and in piles of bricks and firewood.

A hobo spider cannot climb the way that other species can, but they run very quickly and will attack if provoked or threatened. Their bites can easily go unnoticed until a slow-healing wound develops and causes moderate to severe pain.

Identifying symptoms
In addition to lesions, there are a number of tell-tale signs that an employee has been bitten, according to the CDC. Teach workers to be aware of these signs, especially if they have been working in high-risk environments.

• An itching or painful rash
• Muscle pain or cramps
• Red or purple discoloration and pain around the bite area
• Increased sweating and difficulty breathing
• Headache, nausea, and vomiting
• Fever, chills, and anxiety

Educating staff members
Employers of workers who may be exposed to these venomous spiders should train employees to identify them. Show workers pictures of each venomous arachnid and guide them to exercise care when working around debris piles. Maintaining a clean and orderly outdoor worksite will reduce the risk that spiders will make their home nearby.

Any clothes, shoes, or equipment that has been left outdoors should be checked and shaken out.

Outdoor clothing can go a long way toward keeping spiders from biting workers. Advise employees to wear long-sleeved shirts, long pants, boots, and gloves whenever they spend time working outside. Any clothes or equipment that remains outdoors overnight should be wrapped tightly in plastic bags and completely sealed to keep spiders out.

Provide workers with the opportunity to receive inoculations against tetanus. Spider bites can become infected with tetanus spores.

Steps to take when workers are bitten
Train workers to handle spider bite scenarios so that they know how to react when a black widow, brown recluse, hobo spider, or other arachnid bites an employee.

It is important to remain calm. If properly educated, employees should attempt to identify the type of spider that bit them. This will help medical professionals later if they decide to administer an anti-venom.

Wounds should be washed with soap and water to prevent infection, but never attempt to remove the venom in any way.

A cold compress or ice pack will help to soothe the area and reduce swelling. The bite area should also be elevated if possible.

A supervisor should be notified immediately and workers should contact medical professionals as soon as possible.

Taking care when working outside
The majority of spiders will likely attack because their habitats have been disturbed. Employees should exercise great care outdoors and realize that they are working in the natural homes of many creatures. Consequently, staying alert in the woods and keeping work areas clean of debris will help employees avoid harm.

Employers should provide first aid kits and personal protective equipment such as work gloves to give added protection. Training focused on bite scenarios and proper education of a workforce will help to minimize the dangers that spiders and other arachnids pose.