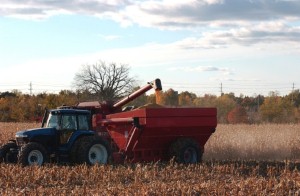 The Missouri Department of Labor recently released its annual statistics on workplace fatalities. The preliminary data showed that a total of 107 fatal workplace injuries were reported in the state in 2010, marking a 25 percent drop from the 142 deaths recorded in 2009.

"The Department has been working hard to promote the free workplace safety programs we offer to employers that save lives. Since this administration came into office, participation in the state’s elite safety program has increased by 56 percent," says Department Director Larry Rebman. "This drop in fatalities shows that workplaces are embracing safety and doing more to protect workers."

According to the Bureau of Labor Statistics, the national average for workplace fatalities remained relatively the same, highlighting Missouri's commitment to improving safety at the workplace.

The most workplace deaths were seen in the agriculture, forestry, fishing, and hunting sector, with 25 fatalities in 2010. 23 of these 25 fatalities took place during crop production. For the second year in a row, transportation incidents which include highway, non-highway, air, water, rail fatalities, and being struck by a vehicle were the leading fatality causing events in 2010, accounting for 60 of the 107 total fatalities.

By maintaining safe practices at the workplace and utilizing appropriate safety products, employers across the nation can work to create a safe environment for employees, as demonstrated in Missouri.