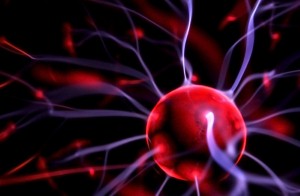 The recent Warner Bros. Pictures film Contagion depicts a scenario in which the world struggles to stop a global outbreak of a deadly respiratory virus. In the movie, the Centers for Disease Control and Prevention (CDC) fights to contain the deadly outbreak.

Now, the CDC Foundation has announced that while the theatrics of the movie may be far fetched, the possibility of a global outbreak of a serious, deadly disease is very real. On average, one contagion is investigated each year by the agency.

But it is not only new diseases that can spread with deadly results. Some illnesses that have long been thought to be controlled in the U.S., such as tuberculosis, could once again appear more deadly than ever.

If an outbreak were to occur, the CDC's Emergency Operations Center would serve as the command center for monitoring the threat level of the virus. The center is staffed 24/7 and is open for contact for reporting public health threats including the flu, terrorist attacks, and natural disasters.

Safety precautions in the workplace include regularly washing hands and wearing safety products such as health masks or gloves, according to the Occupational Safety and Health Administration (OSHA).