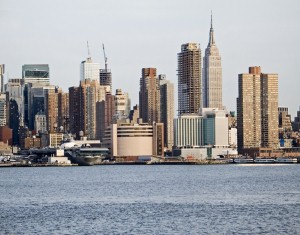 On October 12, 2011, New York Mayor Michael Bloomberg and Buildings Commissioner Robert LiMandri announced that the NYC Development Hub, a new center that seeks to expedite the approval process for new construction projects, is open and ready for use.

"When New York’s businesses and developers decide to invest in the city’s future, the city should it make it easy as possible for them to comply with critical safety and regulatory protections," said Robert K. Steel, Deputy Mayor for Economic Development. "By using technology to break down barriers and improve our internal processes, the Development Hub will create jobs and accelerate New York City’s economic growth."

Fire commissioner Salvatore Cassano added that the new hub was a "win-win," in that it provided faster customer service but upheld the city's high public safety standards.

Employees working at any construction or development sites are required by the Occupational Safety and Health Administration (OSHA) to use appropriate safety products, including hard hats and safety glasses, to minimize the risk of injury.