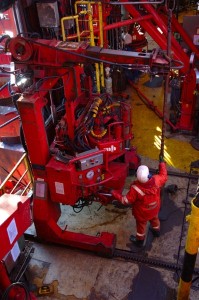 It has been 40 years since the U.S. Congress and President Richard Nixon made a series of radical proposals to ensure that all workers are provided with a safe working environment, and that injuries, illnesses, and fatalities are avoidable.

Now, four decades later, the hard work of the Occupational Safety and Health Administration (OSHA) has led to a dramatic difference in workplace safety. Since 1970, workplace fatalities have dropped by more than 65 percent and occupational injury and illness rates have declined by 67 percent, all while the American workforce nearly doubled.

In a speech at the Center for American Progress, Assistant Secretary of Labor Dr. Davis Michaels noted that before OSHA, workplace injuries, illnesses and death were seen merely as an unfortunate result.

"It is hard to believe... before OSHA, workers in America did not have the basic human right to a safe workplace," he stated.

With the advent of advanced safety products such as ear plugs, work gloves, and hard hats, employees can work with confidence that their safety is not in jeopardy.