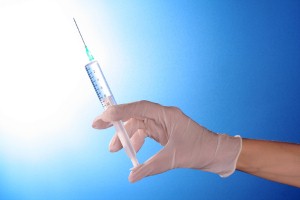 On November 8, 2011, the U.S. Food and Drug Administration launched a new website containing information that caregivers and patients can use to learn how to safely dispose of needles and other "sharps" found at home and work.

The term "sharps" includes medical devices with sharp points that can cause injury by puncturing the skin. Devices include hypodermic needles and syringes, fingersticks found in in blood testing systems, IV needles, and connection needles.

Data from the Centers for Disease Control and Prevention (CDC) indicate that workers in the healthcare industry sustain roughly 385,000 sharps injuries every year.

Once used, sharps pose a serious health risk if disposed of improperly. Poor methods include throwing sharps in waste baskets at home or in public and flushing the devices down toilets. Such methods put sanitation workers, sewage treatment workers, janitors and other workers in related careers at risk, although appropriate use of safety products, such as work gloves, can help reduce that danger.

The use of sharps is also on the rise in work offices and homes, according to the FDA. With the U.S. Environmental Protection Agency estimating more than 3 billion needles and other sharps are used in homes in the U.S. each year, many states have begun to introduce regulations to protect citizens. California, for instance, has prohibited disposing of needles in household trash, while other states such as Florida, New Jersey, and New York have implemented community drop offs.

"Safe disposal of used needles and other sharps is a public health priority," said Dr. Jeffrey Shuren, director of the FDA’s Center for Devices and Radiological Health. "This website provides information about how to keep used sharps from ending up in places where they could harm people."