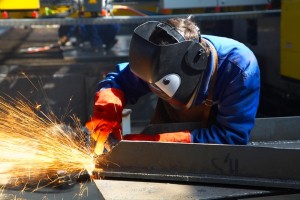 The Occupational Safety and Health Administration's (OSHA's) Picture It!: Safe Workplaces for Everyone photo contest was held in celebration of the agency's 40th anniversary, and was open to anyone with a passion for photography. The photo contest challenged photographers to capture strong workplace safety practices being put to use, and OSHA has now announced the winners of the competition.

Aaron Sussel of Cincinnati, Ohio, was awarded first place in the contest for his depiction of workers on the site of last year's Gulf Oil Spill, who were wearing broad-rimmed hats, gloves, and other personal protective equipment.

The second place photo was entered by Roberto Carlos Vergara of Charlotte, NC and shows a group of workers high above the clouds secured by fall protection, and the third place winning photo illustrates a manufacturing worker utilizing work gloves, safety glasses, and a face shield, and was entered by Roberto Rodriguez of Mesquite, TX. The variety of entries submitted included many instances of workers using assorted safety products.

"I am thrilled by the way these photographers have so creatively captured the challenges of workplace safety and health," said Dr. David Michaels, Assistant Secretary of Labor for OSHA. "Each winning photograph tells its own powerful story of the contribution of workers to our great country's success, and America, and of the vital importance of protecting their health and safety."