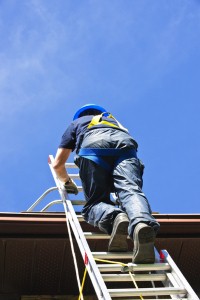 Werner Ladder Co. recently celebrated its role as the Official Ladder of the NCAA Basketball Championships by presenting the University of Connecticut men's basketball team with the two ladders used to cut down the nets after the team won the National Championship in 2010.

"Werner Ladder is proud to be able to celebrate the achievements of Coach Jim Calhoun and the University of Connecticut men’s basketball team," Chris Filardi, vice president of marketing for Werner, said in a press release.

Werner developed the two stepladders exclusively for the NCAA, and they are uniquely sized at 9 feet, providing easy access to the net.

Other ladders produced by Werner include twin step, platform, extension, tripod, and utility.

Ladders from Werner can help companies comply with rules established by the Occupational Safety and Health Administration (OSHA), which specify that employers must provide stairways and ladders where there is a break in elevation of more than 19 inches.