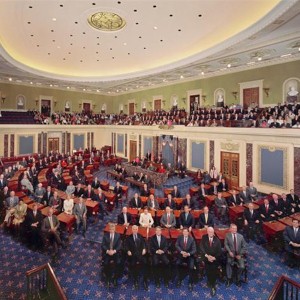 On December 14, 2011, the U.S. Senate Committee on Health, Education, Labor and Pensions will hold an executive session to take up nominations and S. 1855, the Pandemic and All-Hazards Preparedness Act Reauthorization of 2011.

The bill is a reauthorization that built on the 2006 law that sought to increase public health preparedness in the event of a pandemic or similar health emergencies.

"The American people expect us to do all that we can to prevent an attack and, if one should occur, be fully prepared to respond, including having safe and effective medical countermeasures readily available," Burr said on the bill's introduction. "This legislation redoubles our efforts to protect the American people by strengthening our existing programs and making targeted improvements in areas in which we know we must do better."

The Occupational Safety and Health Administration (OSHA) has drafted guidance on preparing workplaces for an influenza pandemic, which recommends that employers encourage their workers to engage in proper hygiene such as, proper hand washing and cough etiquette.

Hand Sanitizers, tissues, and proper work practices may help prevent an outbreak, but once the disease has been identified, gloves, face masks and other safety products can be effective in controlling the spread of certain viruses.