NTSB recommends nationwide ban on PED use while driving 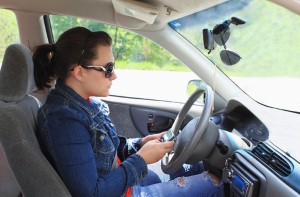 The National Transportation Safety Board NTSB has made an unprecedented move in recommending that the use of all personal electronic devices (PEDs) be banned while behind the wheel.

The action came during a December 13, 2011 board meeting regarding a multi-vehicle highway accident in a construction zone, which injured a total of 38 people and killed two others. The accident was determined to be caused by texting while driving.

The recommendation calls for all 50 states and the District of Columbia to ban all non-emergency use of PEDs, and also urges the use of high-visibility enforcement and a series of targeted communication campaigns to inform drivers of such a ban.

"In the last two decades, there has been exponential growth in the use of cell-phone and personal electronic devices," the NTSB noted in a statement, adding that a recent Virginia Tech study found a safety-critical event was 163 times more likely to occur if a driver is texting, emailing or on the internet.

According to the Bureau of Labor Statistics (BLS), there were 968 fatal occupational highway incidents in 2010, comprising 21 percent of all occupational fatalities. To help lower the risk of injury or death, highway workers should wear and use safety equipment, such as high-visibility safety vests and traffic safety cones, when working near oncoming cars.