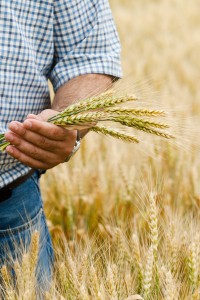 The U.S. Department of Agriculture (USDA) is celebrating its 150th anniversary. President Abraham Lincoln enacted a law that established the agency in 1862.

In what Lincoln described as "The People's Department," the USDA was formed when about half of all U.S. citizens lived on farms. Although that number has dropped to only 2 percent, the USDA's work on food, agriculture, economic development, science, and natural resources is still fulfilling Lincoln's vision, affecting the lives of Americans every day.

The USDA has addressed the changing needs of the industry throughout the years, working to ensure a safe food supply and providing a healthy environment for agricultural workers. The agency encourages the use of USDA-approved items, such as shelving units, hand sanitizers, cleaners, containers, and more.

Vilsack concluded his speech by affirming the American agricultural industry is set to thrive.