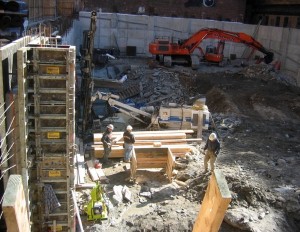 New York City Mayor Michael Bloomberg recently announced that construction-related accidents in the city dropped by 18 percent in 2011, and injuries related to construction dropped 7.8 percent, which the Mayor attributed to safety measures enacted in 2008.

"Even as construction activity rose by nearly 8 percent last year, the number of construction-related accidents fell," Bloomberg told reporters at a construction site in Queens.

The most common construction accident in 2011 was workers falling from heights, but the number of workers who were injured in a fall dropped from 66 in 2010 to 52 in 2011, a 21 percent decline.

To help ensure that construction accidents and injuries continue to decline, the Occupational Safety and Health Administration (OSHA) has issued requirements to help employers confront the many hazards present in the construction industry, and require the use of safety products, such as fall protection, hard hats, and safety glasses.