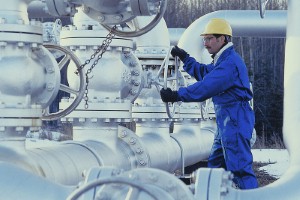 During President Barack Obama's State of the Union address, he announced that "millions of new acres for oil and gas exploration" had been opened, and included a directive to his administration "to open more than 75 percent of our potential offshore oil and gas resources."

Obama stated that American oil production is at its highest level in eight years, and that last year, America relied less on foreign oil than it had in any of the last 16 years. Still, he noted, America has only 2 percent of the world's oil reserves, and needs to create a strategy to develop every source of American energy available.

With a supply of natural gas that could last America nearly 100 years, Obama stated his administration will "take every possible action" to ensure these resources are not only developed, but developed safely. Experts believe more than 600,000 jobs for Americans could be created in the coming decade.

The National Institute for Occupational Safety and Health (NIOSH) states that the oil and gas extraction sector has an annual fatality rate of 30 per 100,000 workers, about eight times greater than the rate for all U.S. workers. With so many potential jobs in the industry, provide appropriate safety products, including hard hats, fall protection, and work gloves to help keep workers safe.