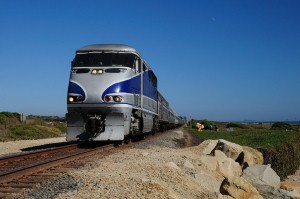 The FRA received more than $67 million in requests for the funds, which are expected to be used to increase safety, livability, and economic development in communities across the country.

"The overwhelming number of applications we received for this program shows that state and local officials recognize the economic boost that comes with improving transportation infrastructure," said Secretary LaHood. “These investments will help advance President Obama’s vision of an ‘America Built to Last’ by putting people back to work on transportation projects while creating livable communities and stimulating economic growth."

The Occupational Safety and Health Administration (OSHA) states that construction activities, which include alteration and repair of bridge erection and other transportation projects, expose workers to serious hazards, such as machinery, heavy construction equipment, and harmful dusts and vapors. Protect employees against these hazards by providing appropriate safety products, such as hard hats, work gloves, respirators, and safety glasses.