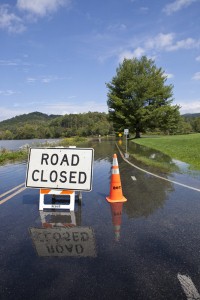 After finishing an exceptionally dry winter, the National Oceanic and Atmospheric Administration (NOAA) says that no area of the country faces a high risk of major to record setting floods this spring, the first time such a forecast has been issued in four years.

The agency's annual Spring Outlook 2012 provides a forecast for flooding around the country from April to June.

"We’re not forecasting a repeat of recent historic and prolonged flooding in the central and northern U.S., and that is a relief," said Laura Furgione, deputy director, NOAA’s National Weather Service. "The severity of any flooding this year will be driven by rainfall more so than the melting of the current snowpack."

The only areas of the country with above-average risk of flooding include the Ohio River basin states of Illinois, Indiana and Kentucky, as well as some parts of Louisiana and Mississippi. NOAA added that this area is also expected to see above average April rainfall.

To protect your workplace in the event of a flood, the Occupational Safety and Health Administration (OSHA) provides flood preparedness and cleanup guidelines. Ensure workers adhere to OSHA standards, which include the use of protective clothing, hard hats, rubber boots and work gloves.