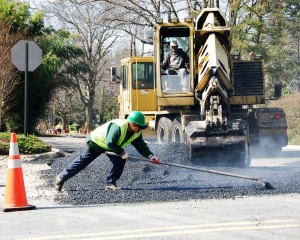 U.S. Transportation Secretary Ray LaHood announced on March 16, 2012 that a new report indicates a large gap between the amount of spending being done on transportation infrastructure and the estimated levels of expenditures needed to keep the nation's highway and transit systems maintained.

"President Obama is committed to building the transportation infrastructure we need for tomorrow by putting people to work today," said Secretary LaHood. "This report shows how important it is important to get started now rebuilding America’s roads, bridges, and transit systems."

The report, titled "2010 Status of the Nation’s Highways, Bridges and Transit: Conditions and Performance," projects that $101 billion, not accounting for inflation, will be needed every year for the next 20 years to keep highway infrastructure at its current state. The report notes that in 2008, all levels of government spent a total of $91 billion on highway improvements, a 48.4 percent jump compared to 2000.

The need to upgrade and maintain the nation's highways and bridges means more highway work zone projects across the country. According to the Bureau of Labor Statistics, there were 103 work zone fatalities in 2010, while transportation incidents accounted for 72 percent of roadway work zone occupational injuries that year. Lower workers' risk of injuries or death by providing appropriate safety products, such as high-visibility vests and hard hats.