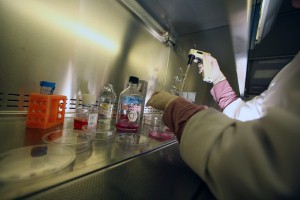 The Chemical Safety Board (CSB) has released a new version of a compilation of safety videos entitled "Safety Videos Volume 2," which details various accidents in chemical research plants, including dust fires and explosions, that have occurred around the country.

In total, the CSB has released 28 safety videos that are all based on actual findings from CSB investigations, determinations of root causes, and safety recommendations. The CSB produces the videos in order to present CSB investigation findings in a simple and compelling format that encourages viewers to take action in their own workplace.

"The CSB’s safety video program has served as a highly successful way to communicate the root causes and findings resulting from the CSB’s accident investigations; across industries and continents, demand for CSB safety videos is global," said CSB chairman Rafarl Moure-Eraso.

The videos have won several awards, including three Peer Awards given by the Television, Internet, and Video Association of Washington, DC. The video program was cited when the CSB was named recipient of the American Chemical Society's Howard Fawcett Award. This award honors outstanding contributions to members in the chemical health and safety field. It was the first time the award had been presented to a whole organization.

Protect workers from chemical reactivity hazards, such as toxic fumes, fires, and explosions, by providing safety products designed to mitigate these risks, including respiratory equipment, safety glasses, and work gloves.