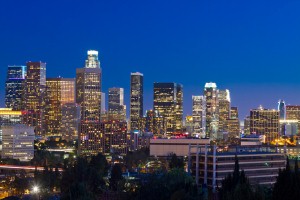 The U.S. Environmental Protection Agency (EPA) announced on April 11, 2012, it had released its annual list of the metropolitan areas of the country that have built the most Energy Star certified buildings based on 2011 data.

The list of 25 cities is topped by Los Angeles, Washington, D.C., Atlanta, Chicago, San Francisco, New York, Houston, Dallas, Riverside, CA, and Boston. By the end of 2011, the nearly 16,500 Energy Star certified buildings throughout the country had helped save almost $2.3 billion annually on utility bills and prevented greenhouse gas emissions in an amount equal to the emissions of more than 1.5 million homes.

"More and more organizations are discovering the value of Energy Star as they work to cut costs and reduce their energy use," said EPA Administrator Lisa P. Jackson. "This year marked the twentieth anniversary of the Energy Star program, and today Energy Star certified buildings in cities across America are helping to strengthen local economies and protect the planet for decades to come."

Employees building green homes and businesses around the country face many of the same hazards present in the traditional construction industry. Protect construction workers by providing safety products required by the Occupational Safety and Health Administration (OSHA), including safety glasses, work gloves, and hard hats.