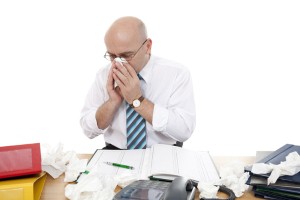 The first case of a human being infected with an influenza A H3N2 variant (H3N2v) virus in 2012 has been reported, which the Centers for Disease Control and Prevention (CDC) has identified as a strain very similar to the H3N2v that infected 12 people in the U.S. in 2011.

The virus, which was found in a child in the state of Utah, contains genes from human, swine, and avian flu viruses, as well as the M gene from the H1N1 virus that spread in 2009. The CDC is currently performing animal and public health investigations to isolate the origin of the Utah infection, and if other human cases have appeared since.

The virus received its "variant" designation because it's known to circulate in swine, but not in people. However, once it was identified in a human, it was called a "variant influenza virus." Including the Utah case, the number of human infections around the country with H3N2v viruses has grown to 21 since July 2011.

To keep influenza viruses and other communicable diseases from spreading in the workplace, provide tissues, hand sanitizers, and disinfectant wipes for employees.