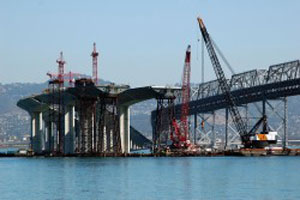 The new projects will be located throughout the country, taking place in California, Colorado, Texas, and Virginia. In California, the Port of Long Beach was selected to apply for a loan to replace the congested Gerald Desmond Bridge, which currently lacks the capacity for existing and projected traffic trends. Also selected was the state's State Route 91 project. The project will extend two SR-91 tolled Express Lanes and use an eight-mile segment between Orange and Riverside counties to construct one general purpose lane to accomodate expected traffic increases.

Colorado aims to relieve congestion on the US 36 corridor, which experiences a heavy load of daily commuters between Boulder and Denver. In Virginia, the Transurban Group and Fluor Enterprises Inc. plans to extend and expand HOV-to-HOT lanes in an effort to reduce both traffic and greenhouse emissions on the I-95 corridor.

Texas' I-35W refurbishment project near Fort Worth will also apply for a loan. The project is expected to improve the North Tarrant Express Segments 3a and 3b and better connect residents to jobs in the project area.

TIFIA provides federal credit assistance to nationally or regionally significant surface transportation projects, including highway, transit, and rail. The DOT states that demand for TIFA loan assistance has been overwhelming. Since the fiscal year 2012 Notice of Funding Availability, they have received 26 letters of interest, exceeding $13 billion in total requests from across the country.