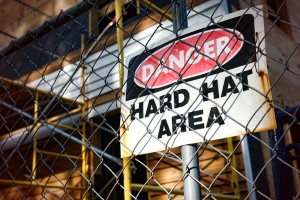 The Occupational Safety and Health Administration (OSHA) announced on May 29, 2012, it will hold an informal stakeholder meeting to hear comments on how to determine the effectiveness of OSHA-approved State Plans when compared to the federal OSHA program.

OSHA will collect information and feedback that can be used as indicators to assess the effectiveness of State Plans and decide whether the plans are as effective as OSHA's federal safety program. The meeting will be held on June 25, 2012, in Washington, D.C. The state plans were a part of the initial Occupational Safety and Health Act of 1970, which encourages states to develop and operate their own workplace safety and health plans.

The law states these programs must be "at least as effective" as OSHA's federal program, and that OSHA is responsible for approving, monitoring, and ensuring this effectiveness.

Both federal and state safety programs include the use of personal protective equipment. Ensure employees wear the appropriate safety products, which include hard hats, work gloves, and safety glasses, to create a safe working environment.