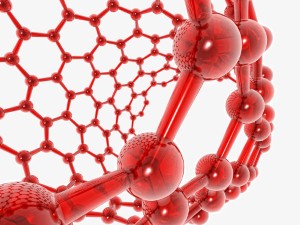 The National Institute for Occupational Safety and Health (NIOSH) recently released a new document that outlines safe practices for working with engineered nanomaterials in labs and other settings.

"General Safe Practices for Working with Engineered Nanomaterials in Research Laboratories," is a document that was developed to be used alongside established safe practices and current chemical hygiene plans.

"With the publication of this document, NIOSH hopes to raise awareness of the occupational safety and health practices that should be followed during the synthesis, characterization, and experimentation with engineered nanomaterials in a laboratory setting," NIOSH wrote in the forward to the document. "The document contains recommendations on engineering controls and safe practices for handling engineered nanomaterials in laboratories and some pilot scale operations."

Research shows that inhalation of nanomaterials is a significant route of exposure and can interfere with lung function and in theory, the particles can enter the bloodstream from the lungs and inflict damage on other organs.

According to the Occupational Safety and Health Administration (OSHA), the potential health effects of nanomaterials are still not fully understood, and further research is being conducted on the matter as part of a government-wide effort to assess the impact of nanomaterials on human health and the environment. Protect employees from the hazards of working with nanomaterials by providing respiratory protection, impervious work gloves and protective clothing, faceshields, and other necessary personal protective equipment (PPE).