Updates to standards for oil and gas industry issued by EPA 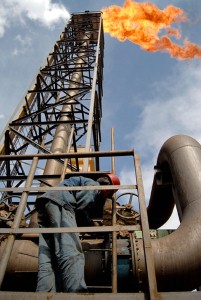 The U.S. Environmental Protection Agency (EPA) has released updates to the Clean Air Act Standards for Flares and Process Heaters, based on input from stakeholders.

The standards will lower emissions of sulfur dioxide, nitrogen oxides, and volatile organic compounds, which have shown to cause respiratory illnesses, heart attacks, and premature deaths. The new rules will also help the industry save as much as $80 million every year, and provide up to $610 million in yearly health benefits.