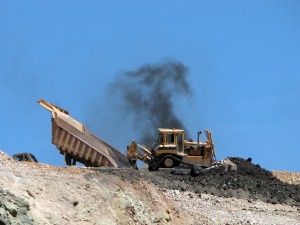 The International Agency for Research on Cancer (IARC), an arm of the World Health Organization (WHO), announced on June 12, 2012, that it now classifies diesel engine exhaust as a carcinogen to humans based on sufficient evidence that exposure is linked with an increased risk for lung cancer.

In 1988, the IARC stated that diesel exhaust was "probably" carcinogenic, and since 1998, an Advisory Group has recommended re-evaluation of diesel engine exhaust be a high priority. The announcement was based on findings in epidemiological studies of workers who had been exposed to the exhaust in many different workplaces and March 2012 publications by the U.S. National Cancer Institute (NCI) and the National Institute for Occupational Safety and Health (NIOSH). The group reviewed the data meticulously, and concluded there was sufficient evidence that the exhaust was carcinogenic.

"The main studies that led to this conclusion were in highly exposed workers," said Kurt Straif, head of the IARC Monographs Program. "However, we have learned from other carcinogens, such as radon, that initial studies showing a risk in heavily exposed occupational groups were followed by positive findings for the general population. Therefore actions to reduce exposures should encompass workers and the general population."

Workers who may be exposed to diesel exhaust include miners, auto repair specialists, and others who operate and work near diesel engines. Protect these workers from harmful exhaust with training, proper ventilation, avoiding engine idling, and providing appropriate respiratory protection.