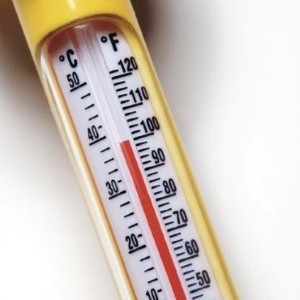 In response to the intense heat wave that has moved in over the U.S. Midwest, Plains states, and the East Coast, the National Oceanic and Atmospheric Administration (NOAA) continues to issue and update excessive heat warnings, first started in June 2012. The heat warnings include information on how to remain safe while outdoors.

Every year, an average of 1,500 people are killed due to excessive heat, claiming more lives than floods, lightning, tornadoes, and hurricanes combined. The agency uses the excessive heat warnings to relay information to the public, such as expected dangers, temperature highs, and 72-hour outlooks. NOAA also details the signs and symptoms of heat stroke, which include confusion, irrational behavior, loss of coordination or consciousness, and convulsions.

The Occupational Safety and Health Administration (OSHA) has developed several resources to help employers keep their workers safe during intense heat. The agency's heat safety app, available for Android, Blackberry, and iPhones, provides information to workers who are most at risk. Since the heat wave began, the app has been downloaded almost 6,500 times, and total downloads have surpassed 30,000.