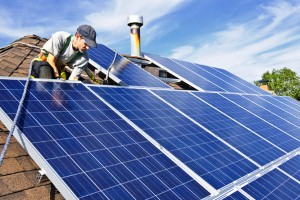 The U.S. Environmental Protection Agency (EPA) announced on July 25, 2012, that it had kicked off its Energy Star program's third annual 2012 National Building Competition: Battle of the Buildings.

A record 3,200 buildings across the country will commit to improving energy efficiency, keeping utility costs down, and protecting the environment and people's health. U.S. commercial buildings account for about 20 percent of the country's total energy use and greenhouse gas emissions, costing more than $100 billion each year in energy bills. Through the program in 2011, 245 participants saved a total of $5.2 million on their utility bills, and lowered carbon dioxide emissions by about 30,000 metric tons, an amount equal to emissions from the electricity used by over 3,600 homes annually.

"This year the number of teams committing to increase energy efficiency through the Energy Star Battle of the Buildings is larger than ever before - more than ten times as many as last year. We're expecting record energy savings as more and more buildings cut back on their energy use," said EPA administrator Lisa P. Jackson.

According to the Occupational Safety and Health Administration (OSHA), many of the same hazards present in the construction industry are also seen in green building projects. Protect workers performing green job tasks by providing appropriate safety products, including hard hats, fall protection, and safety glasses.