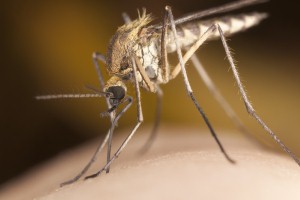 With reported cases of West Nile Virus surging in Dallas, the city has been forced to use aerial spraying to eliminate the disease-carrying mosquitoes - a technique it hasn't deployed since the mid-1960s.

Dallas County sent the planes out on August 16 to spray insecticide across the entire northeast segment of the region in an attempt to combat the spread of the disease, which has already led to the deaths of 16 people and affected hundreds of others, according to Dallas officials.

"I cannot have any more deaths on my conscience because we did not take action," Dallas Mayor Mike Rawlings said in a statement.

So far in 2012, cases of West Nile Virus in Texas have made up more than half of all cases in the U.S., according to the Centers for Disease Control and Prevention (CDC). At this pace, 2012 could be the worst year for West Nile on record.

According to the CDC, preventing West Nile typically entails using community-based mosquito control programs, as well as personal protection measures. These include outdoor exposure protection, the use of insect repellents, and head nets, which can greatly lower the chances of acquiring the potentially deadly virus.